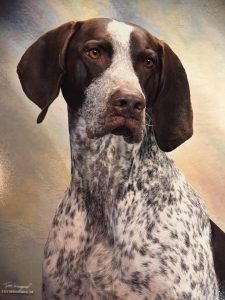 I’m one of Danelle’s German Shorthaired Pointers. Three months ago, I would’ve been able to tell you that I’m one of “only” four dogs in the household (which is shared by my father Marcus, my mom Tansy, and my surrogate aunt, Holly), but now I’m one of fifteen – yes, FIFTEEN – as my mom, Tansy, recently gave birth to eleven puppies. Their dad was supposedly a famous dog – Danelle says he was the #1 German Shorthaired Pointer of all time after he was exported to Australia back in the late 1990s and was a multiple Best In Show winner. All I know is that he’s been dead for nearly a decade and the only reason he’s been able to father puppies when he’s left this mortal coil is because of freezers and seamen, though I’m not sure what sailors have to do with puppy-creation. (If you figure that out, let me know. I am, after all, a Captain. I need to know these things.) While I’m not thrilled to have to share Danelle with others, I’m going to love playing with my new half-brothers and sisters, and I’ll be sad to see them go to their new homes. Here’s me meeting two of my new brothers, Decatur and Drake. And another picture of my new half-sister, Mayflower. Oh, and one of my mom, Tansy, with the puppies when they were just five days old. Aren’t they cute? 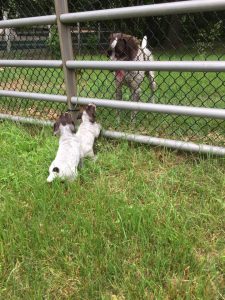 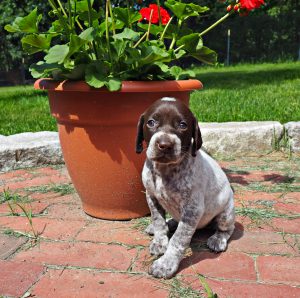 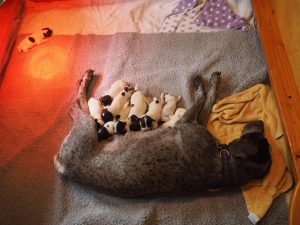